When It Feels Unsafe to Be Seen and Heard

The Fear of Being Seen and Heard has been beating me up lately. This fear completely stops me from living out my destiny through everyday tasks. For example… I am afraid to have my picture taken, I’m afraid to make educational videos for my business, and I’m afraid to write these blog posts.

Yet deep in my heart, I know that writing is what God is calling me to do. I know that videos are the best way I can connect with my team. And as my therapist reminded me yesterday, taking pictures (and being in them) is simply important for preserving memories for my family.

So, since this fear is blocking me from my God-given work and priorities, it’s time to take a closer look and deal with it head-on.

I went through a divorce, and the memories and programming from that season have been the biggest blocker. Through the divorce process, I experienced repetitive situations where it was NOT safe to be seen or heard.

When I refer to my “divorce process,” I want to be clear that I’m referring to a period of 5+ years. So many people assume that the “divorce” – as in, the acute fact that the marriage is officially and legally over – was the hard, sad, damaging part. For me, that single fact is not anywhere close to the hard part. At the point of legalization, it was mostly a lot of paperwork and practical decisions and tasks. Of course there were still some sad, hard, bittersweet moments during the legal part. But emotionally, in the whole scheme of things, that part was just a drop in the bucket. The divorce, to me, represents that whole period of time where the marriage was obviously being broken down, day after day… and the aftermath.

The hard, sad, most damaging parts trail back several years before we made it official. Most damaging were those months and years of destruction leading up to the divorce. Also, the loss of health and the loss of dreams. Those years were confusing and dark. 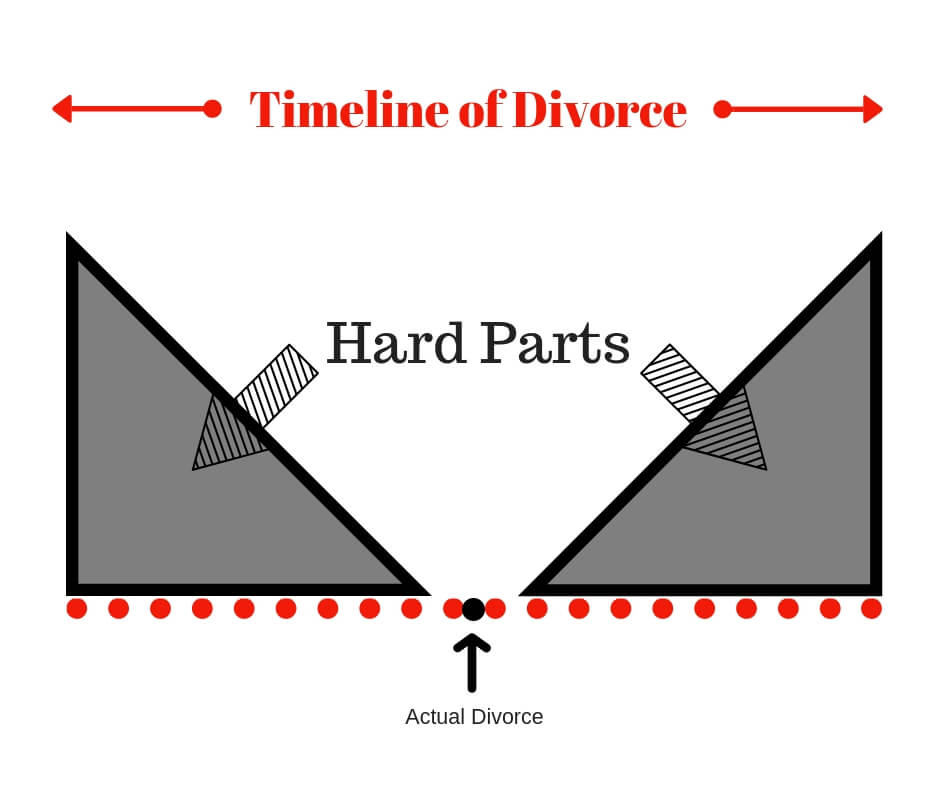 And equally damaging were the aftermath-ripples of the destructive responses, judgments, misapplied Sciptures, misguided advice, and silence. I remember reeling from the gut-wrenching responses of sweet friends who just weren’t able to fully understand or accept my reality, and who ended up adding insult to injury during the destructive stages. And of course grieving the loss of friendships, family, and community. Resetting my mind from all of the lies and destructive beliefs coming from every direction, including my own battered heart. And then, learning to live and trust in healthy relationships again… letting Jesus sanctify my heart and theology… and rising each morning weary, but determined, to battle the inevitable onslaught of C-PTSD triggers.

Much of this aftermath was caused by “societal gaslighting” (It’s worth googling), and unfortunately it happened during the time when I most needed to be seen and heard.

These were the hard, most damaging parts… the parts of the process where it became crystal clear that it was not safe to be seen or heard. And they came before and after the single-event “divorce” as many might think of it. I know now that I was reaching out for help in places that may have looked safe and helpful, but were actually more dangerous and harmful. It was in those gray triangle areas (see above) where I learned to duck and cover, because being seen and heard would only make my hurtful situation hurt more.

For this highly sensitive person, divorce (as in, all of the years of the entire process) was just a LOT to endure. And the Fear of Being Seen and Heard – even in safe, healthy relationships – continued to rear its ugly head.

But the growth that has come out of this season has already been bigger than I ever could’ve anticipated, so I know I will overcome this fear too. I am different, and I see things differently than I did before this experience. I am dealing with my own deep-rooted issues that essentially kept me trapped in such a relationship and way of life. And I’m facing my fears in the context of safe, sane relationships.

I would not wish a destructive relationship on anyone, or any of the revictimization and losses, or C-PTSD. But God knew there was no other way to give me new perspective and growth… You see, I have faced this giant fear in the past and won. But to keep that muscle strong, I have to work it.

So there I was again, facing “Fear of Being Seen and Heard” in a new context… When I finally got brave enough to speak my reality about what was happening in the marriage, it was treated as something other than what it really was. I felt trapped in an extremely destructive situation. This made me unnecessarily question myself in all sorts of ways, and then seriously question whether it’s ever really safe to put myself out there.

Somehow that insecurity brought on the rapid-fire lies…

“Other people already say it better.”

“Nobody wants to hear what you have to say.”

“You need to lose weight first.”

“It’s not important enough to risk being seen.”

My therapist has been going through a C-PTSD book with me that helped me see that the Fear of Being Seen and Heard is really a manifestation of shame. Most of us deal with this kind of shame to some extent; it’s the reason Adam and Eve sewed together fig leaves to cover and hide themselves when they realized they were naked – they did not want to be seen. So they hid.

There are times when you just require a few more fig leaves.

But now that I am in an emotionally and psychologically safe place, my brain just needs help believing that the fig leaves are no longer needed.

With the help of my AFT coach and essential oils doing the hard work, I was recently able to allow truth to intervene, and my emotional brain could reprogram this NEW reality I am living in. A loving God reminded me that he is my audience of one, so it’s okay to be me – no matter who is responding, or how. My new truth is: “Because it is okay to be me, I am comfortable being seen and heard.”

So, healing comes in many layers. This layer is about becoming comfortable in my own skin again and believing God about my own value. It’s a healthy thing to start writing again, with less inhibition, and I’m looking forward to being seen and heard around here more often.

Do you ever feel like you’re hiding the deepest, truest parts of you – in fear of someone not being able to handle it? Or in fear of being misunderstood, misinterpreted, criticized, or shamed? Know that I’m right there with you… I know how that feels. But God created those deep parts of us that we try to hide… he created that on purpose!

And our Creator has something to tell us directly about what he thinks when he sees and hears us. I hadn’t read this verse for many years, but the Holy Spirit brought it to mind at just the right time. I know this was from God and I know it was for me. Soak in these words with me…

“My dove in the clefts of the rock, in the hiding places on the mountainside, show me your face, let me hear your voice; for your voice is sweet, and your face is lovely.” Song of Songs 2:14

I want to encourage anyone out there who might relate to this “hiding,” because for a time it was necessary to your emotional safety to stay hidden… but maybe it’s time now to come out of hiding…

Next time you have to get your picture taken, make a video, write a blog post, speak up about what you know or how you feel… before you start sewing those fig leaves together… just remember that your Creator wants to hear what you have to say. He wants to see you, all of you. Not only that – he is captivated by you.

We are worth being seen and heard.