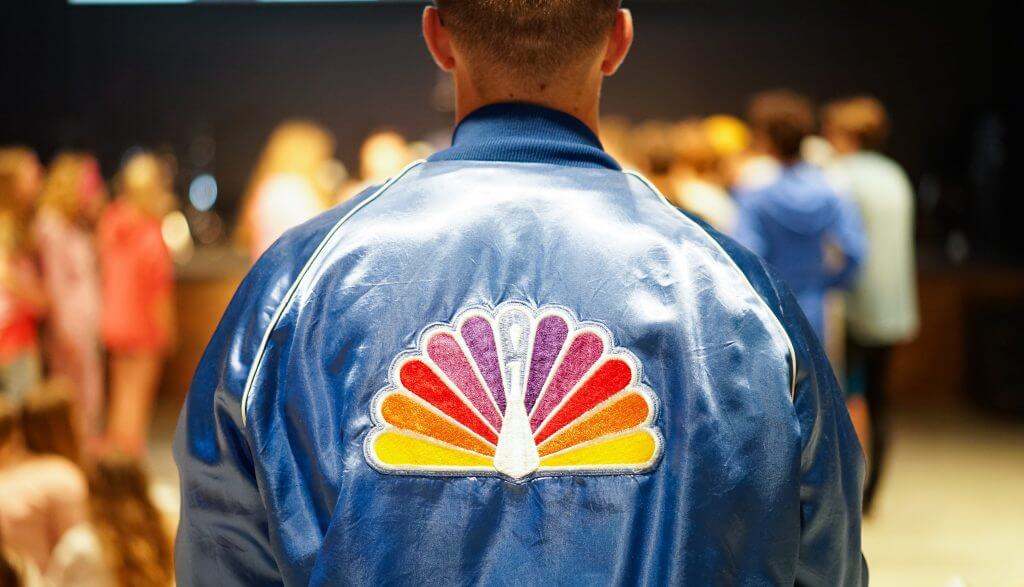 Is anybody else tired of hearing all the reports about famous men being accused, condemned, or fired for sexually assaulting women?

Because countless assault victims in our midst are even more tired, and hearing about it doesn’t just bother them – it triggers their trauma response. Even more than us, they don’t want to hear about it.

The victims don’t want other women to experience it either. They want us to know that if famous, powerful women are so prevalently abused, how much more is this happening in everyday America?

NBC made a good decision to fire Matt Lauer. There is hope.

As a highly sensitive person, have you found yourself easily disconcerted by sexual innuendos that come from a mindset of abuse and power? Is it hard to just “blow it off?” Hold onto that. It’s a good thing and it will help you set healthy boundaries.

What I want to tell Kathie Lee is this…

I have always enjoyed listening to you, especially when you unashamedly preach the gospel on TV. But I’m convinced that what you preached about your friend, Matt Lauer, wasn’t really the gospel. I’m concerned for any assault victims who heard what you said, and the false guilt they are now feeling about exposing their offenders.

Forgiving Matt doesn’t mean we’ll trust him. It doesn’t mean we won’t be angry about what he did, and face the reality that he isn’t who we thought he was, so we can grieve the loss of his image.

Forgiving Matt doesn’t mean we’ll all move on and forget what he did and focus on his good qualities.

For those of us called to forgive – those of us who follow Christ – we will forgive Matt. But only when we have fully processed and accepted the reality of the trauma will we be ready to extend forgiveness from our hearts, for only then will we be forgiving in absolute. And this will likely come much earlier for Matt’s fans than it will for his family or victims. God, in his great mercy, knows this.

For some of us, accepting the reality of Matt’s actions will change what we think of him. Many of us will stop adoring him, and that is healthy. Ceasing to adore Matt Lauer is a lot easier for me than it will be for his family and friends, to be sure. It will be a much more confusing process for them.

Matt may or may not choose to accept God’s healing and change his ways, Kathie Lee. If he doesn’t change, some people – like those closest to him – might part ways with him so they are able to continue holding forgiveness in their hearts. If those people have committed to not allowing their anger to rule over them, and if Matt continues to provoke anger through destructive behaviors, they might be wise to sever ties with Matt in order to stay on the path of forgiveness.

We will support them in this.

When a person has a pattern of exercising abusive or manipulative power over others, it’s decidedly time to stop adoring their image and accept the reality of who they have chosen to be.

The way to love sex offenders is not to adore them, or to tell them they are adored.

The way to love sex offenders is to love them as you’d love an enemy. An enemy is someone who harms you or others. The best thing you can do for your dear friend (who should now be your enemy, as he has terrified and ruined the lives of other precious human beings) is to allow him to experience what might be his only hope of motivation to change: the natural consequences of his sin. Including the natural loss of friendships, alliances, and defenders of his image.

This is hard truth, Kathie Lee, but it is also good and pure and healthy, and it comes straight from Scripture. Paul says this in First Corinthians 5:9-13:

I wrote to you in my letter not to associate with sexually immoral people— not at all meaning the people of this world who are immoral, or the greedy and swindlers, or idolaters. In that case you would have to leave this world. But now I am writing to you that you must not associate with anyone who claims to be a brother or sister but is sexually immoral or greedy, an idolater or slanderer, a drunkard or swindler. Do not even eat with such people.

I don’t know if Matt claimed to be a brother in Christ, but if he did, the stakes are even higher. If I see him at a party, I’m not to eat with him! I can eat with unbelievers, but not with a professing believer who did such things. This is what the Bible says, Kathie Lee. God takes sexual assault very seriously.

Yes, all of us fall short of the glory of God. But that doesn’t mean the solution to the problem is forgiveness or adoring Matt’s good qualities. This isn’t a forgiveness issue. This is a protect-the-vulnerable issue. Read the Psalms and Proverbs, Kathie Lee. They have a lot more to say about who we are to adore and who we are not to adore.

I am sorry for your loss, Kathie Lee. You lost the comfort of knowing your friend was a safe person. You learned that someone you trusted, can’t be trusted. Because of that, he didn’t just betray his family. He betrayed you and he betrayed all of us who trusted him to some degree. Betrayal is so painful, and I acknowledge your pain. I will pray for you, for the peace that passes all understanding as you accept reality. For God to heal your hurting heart, and for your compassion for sexual assault victims to result in helpful words and actions.

A Former Fan of Matt Lauer

Do you suffer trauma from an assault or an ongoing abusive relationship? As an HSP, you may be especially vulnerable to abusive treatment. Your ability to see so many sides to things, so many perspectives, your empathy… this is what allows you to forgive over and over… and over. Which is a great blessing.

But it’s also what can keep you trapped in fear and silence, because you don’t want to get someone else in trouble – even someone who has hurt you terribly. Many HSPs can drop all healthy boundaries and hide behind a blanket doctrine of “forgiveness” as an excuse to continue to allow themselves to be mistreated.

This thinking is based in fear, and sadly it is pervasive in the Christian church, due to a “blanket forgiveness theology” perpetuated by people like Kathie Lee Gifford. It makes me wonder if this is why sexual abuse happens so often in church settings and Christian homes. I believe God is opening our eyes and reforming us as Christians as we choose to learn what the Bible specifically says about abuse.

In the meantime, if you have been sexually assaulted, please call the National Sexual Assault Hotline at 800-656-HOPE (4673) for help and resources.